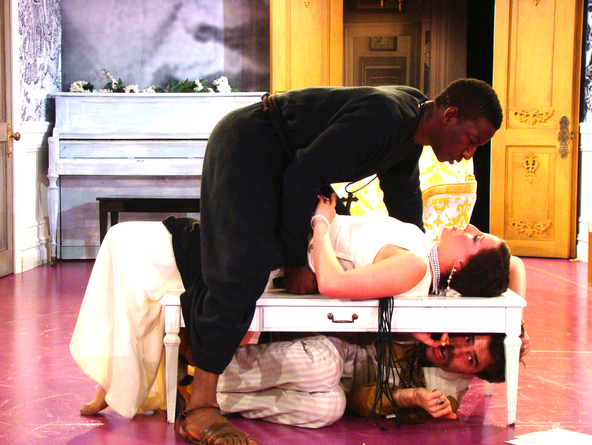 There’s a stranger among the family claiming to be a pious minister of God, and his name is Tartuffe. The matriarch of this family is unwavering in her love for him, while Orgon, the father, has promised his daughter to this man. Through an elaborate, hilarious, and farcical scheme, the other skeptical family members set out to trap Tartuffe in the middle of a great lie, and reveal him for the charlatan he really is.