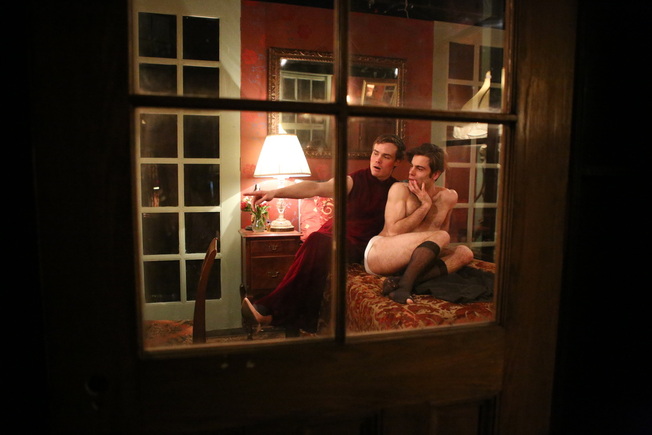 Two sisters, Claire and Solange, engage in sadomasochistic role-play of master-servant domination while their mistress is away. As they indulge in their twisted performance, the barriers between reality and fantasy break, and their battle for control over their own destinies leads to lethal results.

"Inspired and arresting, The Maids is unsavory and seductive, making us all somewhat suspect, like people watching other people watch other people have sex."
- New Haven Review, Donald Brown

"The Maids made me feel disappointment, liberation, confusion and, ultimately, plain appreciation. I walked out with a sense of surrender. I suppose art, like human nature, is to be marveled at with a reflective innocence, rather than be understood with a clinical arrogance. So, go and indulge your mind in the beauty of the unknown and the uncertain."
- Yale Daily News, Gayatri Sabharwal